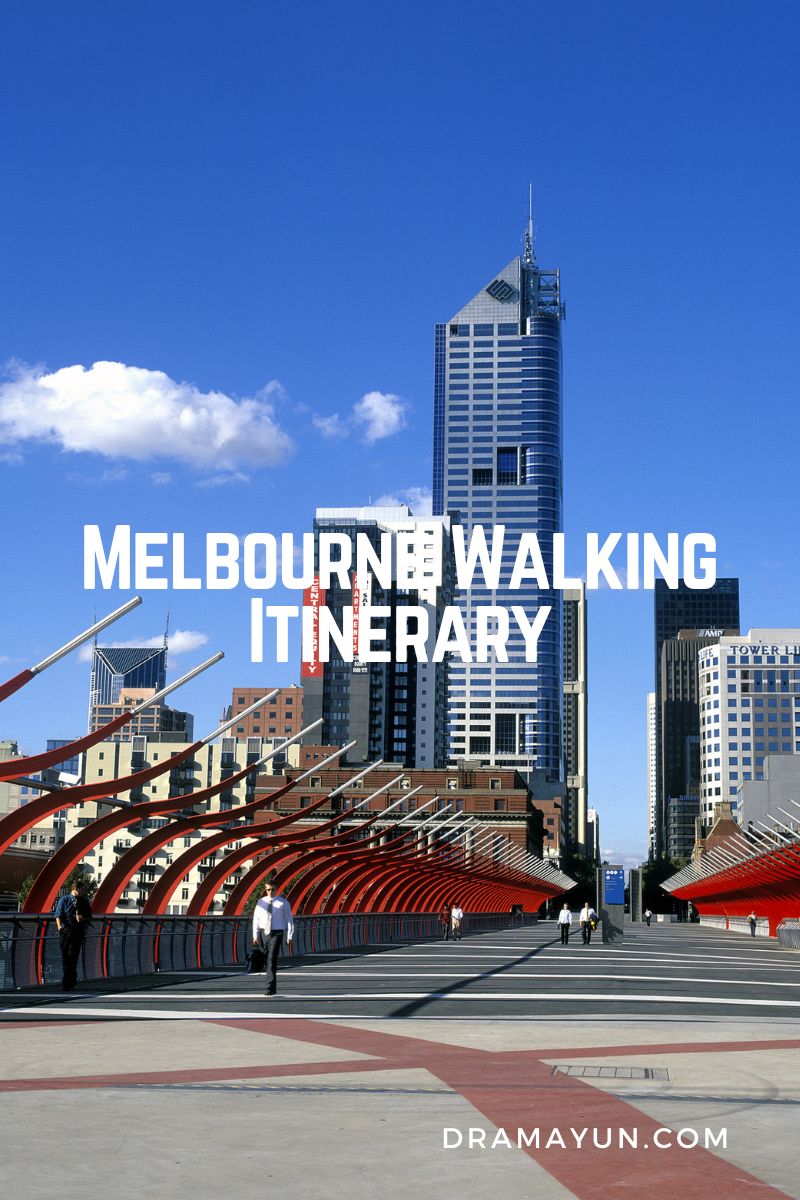 It was a chilly morning – at 6 degrees Celsius – getting out for a walk is a sacrifice. But I have no choice since I am running short of time. Interestingly, Melbourne’s Central Business District (CBD) can be ‘explored’ in one day – by foot. However, this is really a quick itinerary of ‘been here, seen that’ attitude and because of this, I never gave special attention to details of the places I have visited. At any rate, I find Melbourne a lovely city to enjoy.

I started my walking tour along Flinders Street at 7 in the morning and ended at Spencer Street past 5pm.

Federation Square
The Federation Square is Melbourne’s meeting place – a unique cultural events center featuring art galleries, restaurants, bars, shops and tours such as boating and biking. The Melbourne Visitor Center is located here. During the time of my visit, there was an ongoing rally against the killings of Christians in Iraq.

St Paul’s Cathedral
On the opposite side of Federation Square, St Paul’s Cathedral is a landmark and its architecture is described as Gothic transitional, combining Early English and Decorative Gothic styles. It is not a Roman Catholic cathedral.

Flinders Street Railway Station
Located on the other side of the Federation Square, Flinders Street Station is Australia’s oldest train station with a distinctive yellow facade and green dome. It is perhaps the most iconic structure I have seen in Melbourne.

Forum Theater
The Forum is a magnificent venue for music and film in Melbourne.

Curtin House
Curtin House is an Arts building built in 1922 is a famous venue for performances. It is originally called the Tattersalls Building.

Nicholas Building
The Nicholas Building is a multi-story building with a retail arcade that was built during the time of imposed height restrictions. It is a heritage listed building.

State Library of Victoria
The State Library is a magnificent 19th-century building with some of the city’s most beautiful heritage interiors.

St Michael’s Church
St Michael’s Church is built on the site of the first permanent church in Melbourne. The interior design is influenced by theatrical style galleries while its exterior features Roman style architecture. The church is also home to Mingary – the Quiet Place, a peaceful sanctuary for people of all religions and cultures, devoted to healing and restoration.

The Queen Victoria Market is a much loved historic landmark and tourist attraction in Melbourne. It is open on Tuesdays, Thursdays, Fridays and weekends where one can shop for everything from fresh produce to local and imported goods, cosmetics, clothing, etc at ‘low prices.’

Donkey Wheel House
The Donkey Wheel House is an old building which was built for the Melbourne Tramway and Omnibus Company in 1891. The building’s architectural style is a reminder of the importance of Melbourne’s early tramways system. Today, the building is known as Donkey Wheel House, an organization that assists community groups and innovators to expand and develop their ideas, find project funding and eventually become self-sufficient.

I have to admit that this walking itinerary is only an introductory tour to what Melbourne has to offer. Melbourne is a lovely city with lots to see and experience. The general vibe of Melbourne is classy, sophisticated and outgoing. I wished I should have stayed much longer.