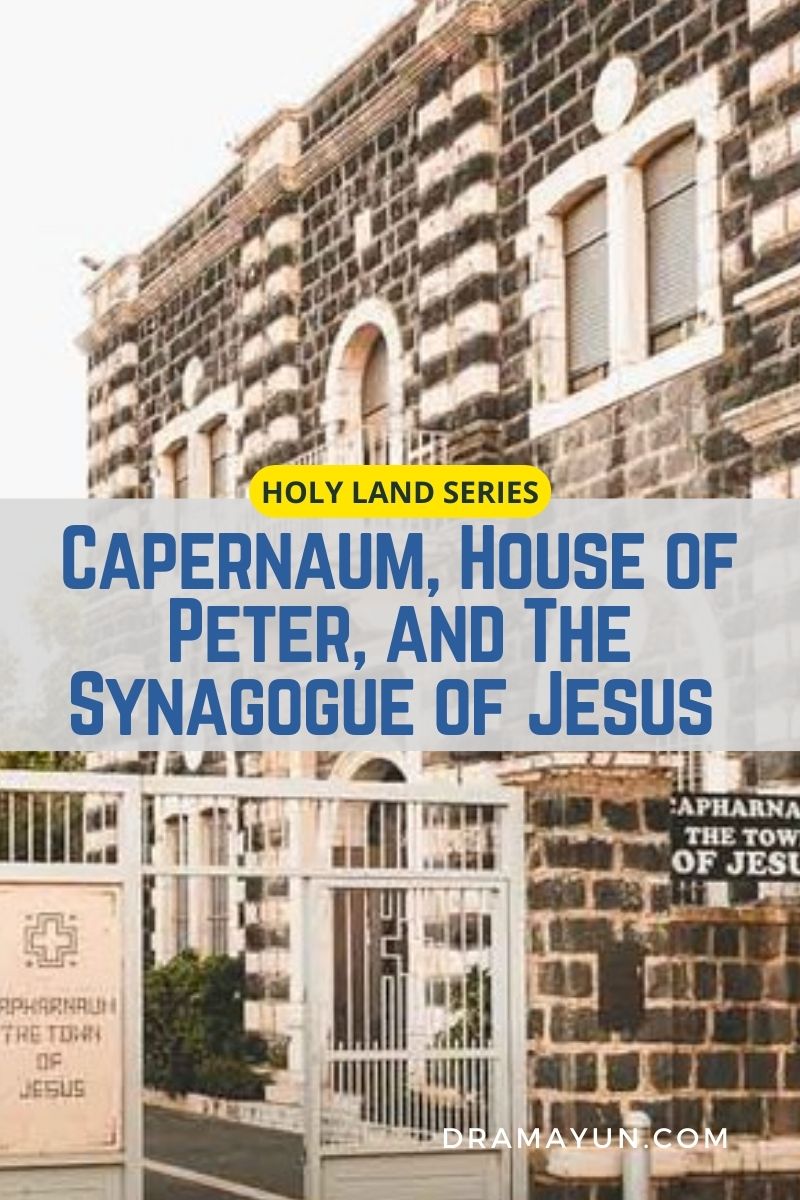 It’s an exciting day as  I am visiting the town where Jesus spent most His adult life – where He did some of His miracles and where He preached in synagogues.

Capernaum is a small fishing village located in the northern shore of the Sea of Galilee and is referred to as the “Town of Jesus” because for a time being, Jesus selected this town as the center of His ministry after He left Nazareth.  Jesus was rejected in His own home town hence He moved to Capernaum where His “words are with authority.”  In one of His teachings, Jesus said “no prophet is respected in his own hometown (Luke 4:24).

Jesus performed some of His miracles in Capernaum such as: healing a man with unclean spirit (Luke 4:31-36 and Mark 1:21-28); healing of Simon Peter’s  mother in law of fever (Luke 4:38-39); healed a servant of Roman Centurion who has asked for His help (Luke 7:1-10) and healing of a paralytic (Matthew 9:1-8).  However, Jesus also curse Capernaum saying “you will be thrown to hell” because of their lack of faith to Him (Matthew 11:23)

The most important archeological discovery in Capernaum is the House of Peter and the Synagogue of Jesus.

House of Peter and the Church of Peter

Archeological excavations have uncovered what is believed to be Peter’s House which Jesus called home while in Capernaum.  Excavators found the ruins of a rather mundane dwelling dating to the first century BC which is buried below an octagonal Byzantine Church.  The house is slightly larger than most houses in Capernaum and is simple – coarse wall and a roof of earth and stalk of grains.

Though there is no definitive proof that this is indeed the House of Peter, there are layers upon layers of circumstantial evidence to support its importance to the story of Jesus and Simon Peter, his foremost disciple.

Built above the ruins of the House of Peter is the current Church of Peter shaped like a boat.

The ruins of the Synagogue of Jesus is considered as one of the oldest in the world. It was built using white blocks of calcareous stone. A calcareous stone is  composed of calcium carbonate hence, the chalky look and texture.

Jesus used to teach in this synagogue:

MY PERSONAL REFLECTION AT CAPERNAUM

Jesus lived as man and thought salvation and the Kingdom of God.  He performed miracles because He is divine.  Peter and His other disciples obediently followed His teachings because they believed in Him.  As modern day Peter and apostles of Jesus, we are called to follow Him and continue proclaiming the Kingdom of God and the mercy of salvation.  We have to remain living witnesses of His mercy because everyday we wake up is a miracle.